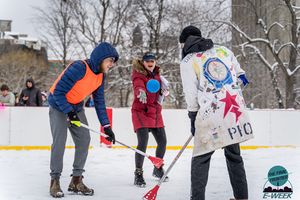 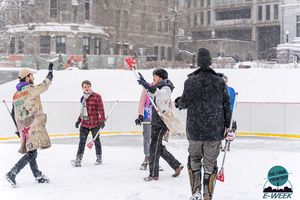 Broomball is the representative sport of McGill Engineering. It is played in both the Winter semester and during E-Week. In the Winter semester, once the Iron Rink is installed, EUS Sports organizes an official broomball league. Signups are typically done through a google form. Each team can expect 6 regular season games, and an end-of-season tournament. To register a team costs $10 per player, and the mininum number of players is 10. Players may also sign up as free agents. Individuals may also sign up to referee the season, and are compensated financially.