The Game Development Student's Society (Game Dev McGill, or GDM) is a community of people that enjoy creating games and learning about all aspects of game development. The club also hosts McGame Jam, which is the second biggest game jam in Quebec. For more information, please visit the website at https://www.gamedevmcgill.ca 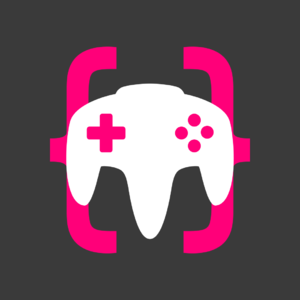 Game Dev McGill began existing as an EUS club during the fall semester of 2017. Prior to that, the club existed as the McGame Jam Committee. The McGame Jam remains the club's main event, open to anyone interested in game development.

The organizer of the 2017 game jam was inspired by the popularity of the event as well as the thriving game development community within Montréal to create a club within McGill dedicated to Game Development. The club's existence has also been greatly helped by Conjure, the game development club of École de Technologies Supérieure (ÉTS), as well as Ubisoft.

Since its creation, the club consists of approximately 80 members. The executive committee has grown from 7 to 11 members in 2022.

The members of Game Dev McGill are encouraged to continuously perfect their skills throughout the school year. Unlike design teams, we do not all work on one project, but instead encourage members to team up together and work on individual games. Every month, a new theme is given, and the projects are showcased at the monthly Game Dev Socials as well as posted on the club's itch.io page.

This is the club's most popular event. Running for the eighth year in a row in 2022, it has been hosted at ÉTS due to the club's connection to Conjure up until the pandemic.

The goal is simple: we provide food and a great workplace, and participants have to develop a game during 48 hours which respects a given theme.

Participants to this event range from newbies getting their feet wet with game development for the first time, to seasoned veterans who have been participating in other game jams such as the Montréal Game Jam. Although most participants tend to be developers, some have more of an artistic background and contribute to creating the much-needed art of their teams' game.

Once in a while, the club hosts talks and presentations on various topics. Some are open to the public, and some are restricted to members of the club.

Examples of past talks are:

Once in a while, members of the club participate in social outings to become more familiar with other members of the club as well as members from other game development clubs in Montréal. For instance, the club's members joined members from Conjure at Foonzo for a night of videogames and networking, which concluded with a Bomberman competition between the two clubs (which Game Dev McGill won).

The club also hosts socials every month during which it showcases the games made by members during the past month's game jam.

Open to the public

The club hosts information sessions to allow everyone within McGill to learn more about our club.

Around April, the club also plans on hosting a showcase of all the games developed during the past year.

Game Dev McGill Library is an initiative to provide members with access to books related to Game Development and programming/mathematics in general. These books tend to be pricey, so individual members might not be comfortable buying them on their own. However, through the club, they can have access to these valuable resources.

The club can be reached via its Facebook page, or by e-mailing gamedev@mcgilleus.ca.